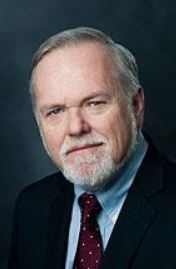 Joe DiBenedetto recently retired from Winston & Strawn LLP, where he spent 46 years as a litigation partner in its New York office. He is acutely aware that virtually every case that cannot be disposed of by motion, is ultimately settled. The only question is when that settlement occurs. The longer a case is litigated, the greater the legal cost and management distraction. His mission is to assist litigants in arriving at a settlement quickly and effectively, through a mediation process that will make them comfortable that settling on fairly negotiated terms is their best option.

He has had over 50 hours of commercial mediation training, and has been a member of the Panel of Neutrals for the Commercial Division, New York County ADR Program since its inception in 1996. He also serves on the Panel of Neutrals for the United States District Court in the Southern and Eastern Districts of New York, and the Commercial Division ADR Panels in Nassau, Suffolk, Queens, and Westchester Counties. He has mediated over 750 cases and participated as a litigant in more than 30 mediations while in private practice. More importantly, he enjoys the challenge, and has been very successful in resolving cases, even some that others thought were unsettleable. He has mediated cases that were high profile and drew media attention, and others that were routine commercial disputes. Joe DiBenedetto ensures that his mediations are scheduled promptly, and as a quickly as the parties desire. And the mediation will be completed at a fixed, affordable fee with no additional administrative or other charges.

Joe DiBenedetto also offers his service as an arbitrator, and for predictive analysis of a case, as described elsewhere on this website. For questions and  availability, Joe DiBenedetto can be contacted at 646-236-2976, and JDiBened@JDBMediation.com.

Joe DiBenedetto spent 46 years practicing law at Winston & Strawn LLP, and its predecessor firm, Cole & Deitz, in New York City. Winston is an international law firm with over 850 lawyers in 18 offices throughout the United States, Asia and Europe.

In 1970, he joined Cole & Deitz, which then had 17 lawyers, as the third lawyer in a three-person litigation department. He helped grow the firm to 90 attorneys when it merged with Winston & Strawn LLP in 1989. By that time, he was Chairman of its Litigation Department, which had over thirty litigators.

During his tenure at these firms, Joe DiBenedetto held various positions in management, including service on the Management, Litigation Steering , Retirement, Recruiting, and Associate Evaluation Committees.

Joe DiBenedetto received a B.A., with honors, from St. John’s University in 1967 and a J.D. from St. John’s University School of Law in 1970, where he was Managing Editor of the St. John’s Law Review, and ranked 2nd in a class of 287. While on Law Review, Mr. DiBenedetto published three articles, and co-edited “Conglomerate Mergers: Opinion and Analysis”, a 1771 page volume analyzing the securities, antitrust, economic and tax implications of the conglomerate merger wave that occurred in the late sixties.